This evening, February 9, 2015, a handful of visitors from the land to the north asked an assistant (or “instructional” which I take to be a step below “assistant”) professor of philosophy about his studies and his teaching experiences here in Cuba. One of our group made the mistake of asking whether this philosopher thought of Fidel as a philosopher. The result was an almost Fidel-length response that had little to do with philosophy and everything to do with criticizing the president. 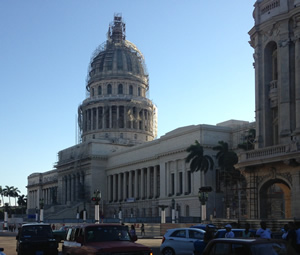 Fidel Castro, according to this young man, had good intentions over a half century ago, but he grew stubborn and willing only to listen to advisers who said what he wanted to hear. Examples offered included a decision in the 1990s to solve a teacher shortage by making unqualified teenagers into professors. 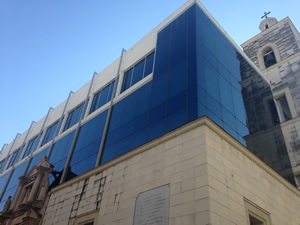 When I asked about authors favored by Cuban philosophy students, and Slavoj Zizek’s name came up, I asked if this was at all based on videos of him, given the lack of internet. “Oh, but they pirate and share everything,” was the response.

This led to a discussion of the local internet people have set up in Cuba. According to this professor, people are relaying wireless signals on from house to house and running wires along telephone lines, and they are self-policing by cutting out anyone sharing pornography or other undesirable materials. In this man’s view, the Cuban government could easily provide internet to many more people but chooses not to out of a desire to better control it. He himself, he said, has internet access through his job, but doesn’t use email because if he did then he’d have no excuse for missing meetings announced by email. 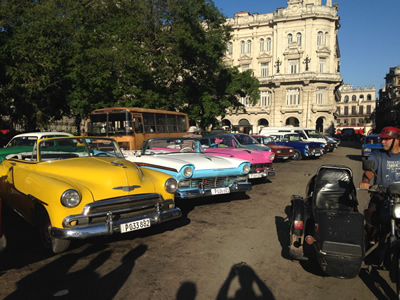 This morning we had met with Ricardo Alarcon (Cuba’s Permanent Representative to the United Nations for nearly 30 years and later Minister of Foreign Affairs before becoming President of the National Assembly of People’s Power) and Kenia Serrano Puig (a member of Parliament and the President of the Cuban Institute of Friendship with the Peoples or ICAP, which has already published this article).

Why so little internet? someone asked. Kenia replied that the main obstacle was the U.S. blockade, explaining that Cuba has to connect to the internet through Canada and that it is very expensive. “We’d like to have internet for everyone,” she said, but the priority is to provide it to social institutions.

USAID, she noted, has spent $20 million per year to propagandize for regime change in Cuba, and USAID doesn’t connect everyone to the internet, but only those whom they choose.

Cubans can speak against the Cuban government, she said, but many who do are paid by USAID, including widely read bloggers — not dissidents, in her view, but mercenaries. Alarcon added that the Helms-Burton Act banned sharing of U.S. technology, but Obama has just changed that. 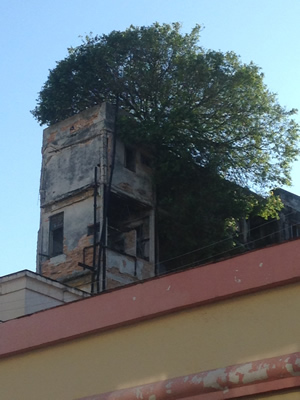 The philosophy professor acknowledged some truth to these claims, but thought it was fairly slight. I suspect there’s as much a variation in perspective at work here as intentional deception. The citizen sees shortcomings. The government sees foreign dangers and price tags.

Still, it is wonderful to hear about people managing to create independent communications media in any country, including one long abused by the United States, and one that gets a great many things right. 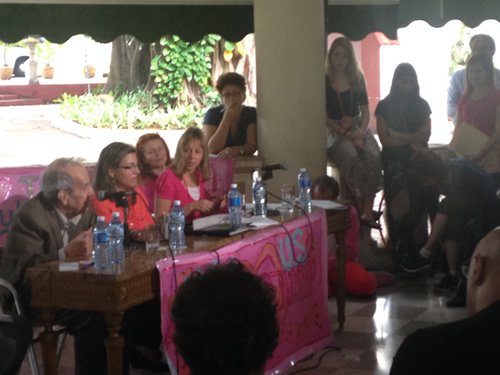 An American who’s been in Cuba for many years told me that often the government announces policies and services on television and in newspapers, but people don’t watch or read, and because there’s no way to find things out on a website, they never find out. This strikes me as a good reason for the Cuban government to want everyone to have the internet, and for the internet to be used to show the world what the Cuban government is doing when it is doing something creative or moral. 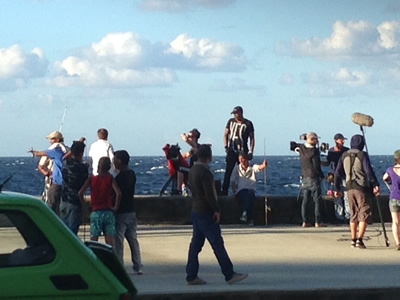 I’m trying to keep things in perspective. I haven’t heard yet of any corruption to match the tales that Bob Fitrakis, one of our group, relates of Columbus, Ohio, politics. I haven’t seen any neighborhood in as terrible shape as Detroit.

As we learn about the highs and lows of Cuban life, and their possible causes, one fact becomes clear: the excuse offered by the Cuban government for any failure is the U.S. embargo. Were the embargo to end, the excuse would certainly vanish — and to some degree the actual problem would almost certainly be improved. By continuing the embargo, the United States provides an excuse for what it claims to be opposing, in its often hypocritical way: restrictions on freedom of the press and speech — or what the U.S. thinks of as “human rights.” 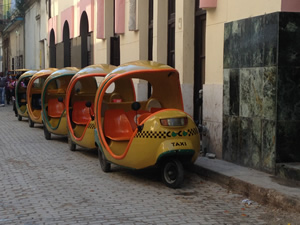 Not far from the Capitol building, modeled on the U.S. Capitol building and — like it — undergoing repairs, I bought a copy of the Cuban Constitution. Try putting the two preambles side by side. Try comparing the content of the Cuban and U.S. Constitutions. One is radically more democratic, and it’s not the one belonging to the nation that bombs in Democracy’s name.

In the U.S. the Capitol dome is one of few things that anyone bothers to repair. Havana, in contrast, is packed with repair shops for everything imaginable. The walkable streets with relatively few cars display beautiful cars that have been repaired and repaired and repaired for decades. The country’s laws are reworked through very public processes. Cars tend to be much older than laws, unlike the U.S. situation in which basic laws tend to predate modern machinery. 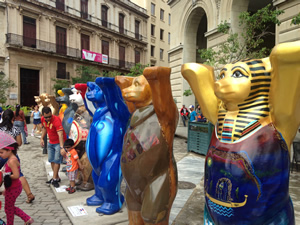 Alarcon was very positive about recent developments in U.S.-Cuban relations but warned that a new U.S. embassy cannot work for the overthrow of the Cuban government. “We may denounce the U.S. police killing unarmed African-American boys,” he said, “but we have no right to organize Americans to oppose that. To do so would be an imperialist approach.” 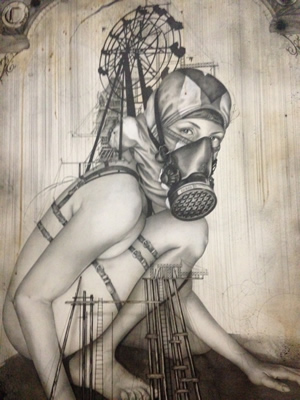 Asked about restoring property to those who had it seized during the revolution, Alarcon said that the agrarian reform law of 1959 allows for that, but the United States refused to allow it. But, he said, Cubans have their own much larger claims due to damage from the illegal embargo. So all of that will need to be worked out between the two countries.

Is Alarcon worried about U.S. investment and culture? No, he said, Canadians have long been the top visitors to Cuba, so North Americans are familiar. Cuba has always pirated U.S. films and shown them in theaters at the same times they were showing in the United States. With normal relations, copyright laws will take effect, he said. 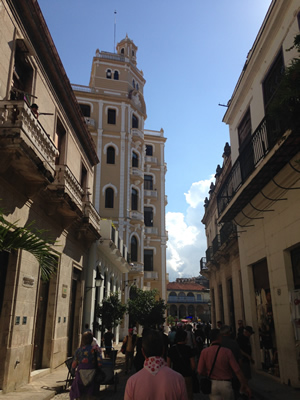 Why has the U.S. not sought out Cuba’s market before? Because, he thinks, some visitors will inevitably find things of value in Cuba’s way of running a country. Now, U.S. investors can come to Cuba but will need approval of the government for any projects, just as is the case in other Latin American countries. 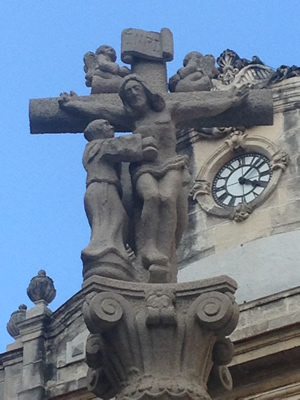 I asked Kenia why Cuba needs a military, and she pointed to a history of U.S. aggression, but she said that Cuba’s military is defensive rather than offensive. The Cuban Constitution is also dedicated to peace. Last year in Havana, 31 nations dedicated themselves to peace.

Medea Benjamin proposes a way in which Cuba could make a huge statement for peace, namely by turning the Guantanamo prison camp into an international center for nonviolent conflict resolution and experimentation in sustainable living. Of course, first the United States has to close the prison and give the land back.