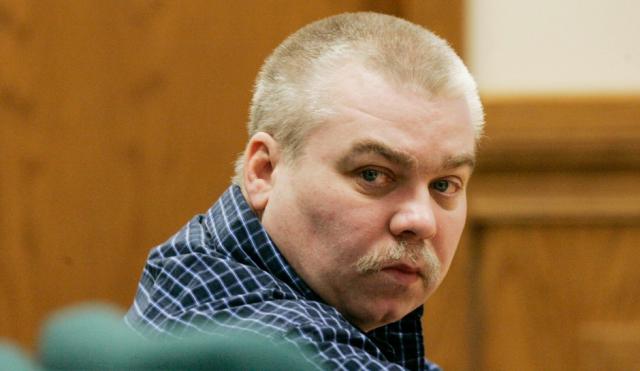 There’s a 10-hour documentary on Netflix with more to teach us than all the combined episodes of Star Wars. (Yes, it’s nice to see a storm trooper refuse to fight, but only until he gleefully joins in the killing for the other side, with all his victims still in masks so that we, the executioner audience, don’t have to see faces die.)

Making of a Murderer is a hugely important film, and it is in fact quite suspenseful. And I am about to SPOIL the plot for you. So please STOP READING until you’ve watched the film if you want it to include suspense. (To give you time to watch something so lengthy, I’ll also spoil the rest of the NCAA basketball season and tournament for you. Virginia wins.)

HAVE YOU STOPPED READING IF YOU DON’T WANT THE PLOT SPOILED?

I’m going to assume you’ve seen Making of a Murderer or are not concerned about the element of suspense.

The reason I find a need to write about this is because it exposes a silent epidemic. If child abuse or rape or child labor or some other horror were never talked about, an article or book exposing an unknown epidemic would be quite valuable. And, historically, a video documenting such a thing would be remarkable.

This past year, videos filmed primarily on telephones have exposed the long-pre-existing epidemic of U.S. police murdering unarmed people. We still don’t know the full size of that epidemic. It will of course pale beside something like cancer, while dwarfing other horrors about which we are trained to obsess, such as Islamic terrorism.

Making of a Murderer exposes something else that police do. But this is a horror that cannot be documented in a 5-minute video. It takes 10 hours. What police, together with prosecutors do, on a significant scale but a scale we have not yet tried to measure, is this: they frame innocent people and send them to prison.

The psychology involved is tantalizing but a bit of a distraction. When a police officer shoots an unarmed kid, we can ask whether the act grew out of sadism or racism or fear or carelessness. The fact is it grew out of impunity. When police and prosecutors — and judges and juries — railroad innocent people to prison, we can ask whether they’ve acted out of malice, ignorance, fear, or recklessness. The fact is that they’ve acted out of a sense of untouchable power.

That every level of law enforcement is twisted by racism is well documented in The New Jim Crow, among other places. We know that ugly and ignorant views regularly influence what police and prosecutors do. But Making of a Murderer is a true story of white people framing innocent white people with crimes. The victims of this frame-up are poor, poorly educated, and of markedly low intelligence and social skills. Various prejudices may have been at work. But primarily what’s revealed in the documentary is the power of the presumption of guilt that comes with all criminal accusations, combined with the power of the presumption of innocence that in our culture belongs to the police, and only to the police.

During the explosive growth of the U.S. prison system, most people have gone to prison under plea bargains. That many innocent people have falsely pled guilty to plea bargains in order to avoid the risk of a higher penalty has been well documented, although we have no idea of the true scale of this phenomenon. Among those who go to trial in the United States, we know also that a significant number of innocents are found guilty. One reason we know this is that in a tiny fraction of cases there is DNA evidence to be tested that can prove innocence, and — particularly during the 1980s — there have been cases in which that evidence was maintained but not tested. Later testing has resulted in numerous exonerations.

Those lucky cases in which DNA evidence was available to free an innocent were not unlike most other cases in the manner in which a false guilty verdict was arrived at. As I’ve noted before, Brandon Garrett’s Convicting the Innocent: Where Criminal Prosecutions Go Wrong examines the prosecutions of the first 250 people exonerated by DNA testing. Of the 250, 76% were misidentified by an eyewitness — most of the witnesses having been led to that act by police and/or prosecutor, some of them badgered and threatened, others merely manipulated. Invalid forensic science expertise contributed to 61% of the convictions, much of it willfully manipulated, some fraction perhaps attributable to well-intentioned but negligent incompetence. Informants, mostly jailhouse informants, and most of them manipulated and bribed by police or prosecutor, helped out in 21% of the trials. In 16% of the cases, the accused supposedly confessed to the crime, but these “confessions” tended to be the result of police intimidation, manipulation, brutality, and simple lying. Garrett fears that similar problems infect the U.S. justice system as a whole. I have no doubt that they do.

In Making of a Murderer we see police produce a false confession, witnesses provide false testimony, the FBI provide false scientific evidence, and — in a rape case toward the beginning of the story — an eyewitness led by police into misidentifying a rapist. That earlier crime puts the protagonist in prison for 18 years before a DNA exoneration. Once free, he files a suit for $36 million that threatens to expose numerous crimes by the police who framed him for rape. But at that moment, they frame him for murder.

One of the police and prosecutors’ main tools is the media. They produce a false confession by their victim’s 16-year-old nephew that proves too ludicrous to be used in court. They never call him as a witness against his uncle. But the jury pool has already been overwhelmingly contaminated by the dramatic tale fed to the media. Many years ago, I reported on the production by the Culpeper, Virginia, police of a false confession by a low-IQ man named Earl Washington. The transcript of the confession was absurd. When asked a straight-forward question, Washington would guess, and always guess wrong. He didn’t know any of the facts of the case. But the questioner would then feed him the facts and ask “Isn’t that right?” and Washington, aiming to please, would agree. Some states have since required the videotaping of interrogations and confessions.

In the case of Making of a Murderer there is enough videotape of the questioning of the 16-year-old to make crystal-clear what happened. And yet it didn’t do a damn bit of good. The kid had no money and therefore no expert defense. His lawyers and his jury blew it. But his uncle had two huge advantages. First he had been exonerated for an earlier crime. The fact that the police were out to get him was widely recognized. The local police department was forbidden to take part in the investigation of the new crime, and took part anyway, and happened to find key evidence. Second, Steve Avery — that’s the name of this innocent man — settled his $36 million suit for $400,000 and used that money to hire excellent attorneys.

Now, having excellent attorneys is very rare but far from unheard of. Wealthy people have them all the time. But having attorneys who actually believe you’re innocent is virtually unheard of. And having attorneys willing to argue that the police framed you is the most extreme rarity. Avery had all of these things, and it still was not enough.

What can we do? Sign this petition to free Steve Avery and his nephew Brendan Dassey.