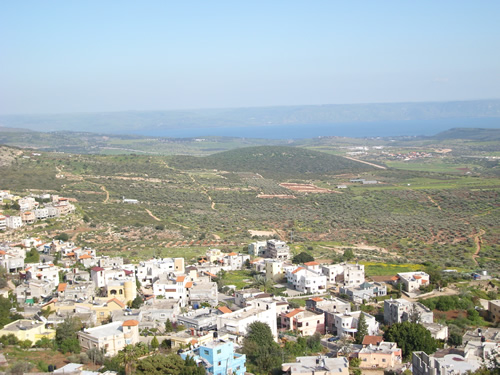 If Jesus lived in Galilee in recent decades he would live in a world alive with Palestinian traditions clinging to a long-rooted history but struggling through the aftermath of the never-ended ethnic-cleansing operation that spiked in 1948.

Hatim Kanaaneh has written a fictionalized account, Chief Complaint: A Country Doctor’s Tale of Life in Galilee, based on his experiences as a village doctor during the past half-century, a doctor who traveled to the United States for his education and returned to Palestine to practice his craft. His dialogue-heavy stories reach back to before 1948, merging folklore with myth and legend, featuring in the opening vignette a larger-than-life comedic but sensitive giant as short on wits as he is strong of muscle and heart.

Often in this wonderfully entertaining book a straightforward account will quickly become a rumor, a legend, an event infused with more meaning than might have been expected. After learning, for example, that multi-level homes are a sign of wealth, and that the top level is the most prestigious, we read that in one case a steep hill made it easiest to enter one home from the top floor. “That is why Isa housed his two oxen and his donkey in the ‘alali — the penthouse — for the first winter after it was built. . . . And, that dear reader, is how it came to be rumored in these parts that Isa had sworn a pact of brotherhood and equality with his work animals and accorded them the level of reverence reserved for the head of a family. ‘If only our cousins, the Jews, would treat us that humanely!’ neighbors would joke.”

Chief Complaint is a bit like the accounts of the British veterinarian’s tales in All Creatures Great and Small. One doctor treats non-human animals, the other human, but both treat families. A great number of Kanaaneh’s patients require placebos and other psychological rather than medical assistance. Gradually one begins to gather that the lot of them, who form a tight community, are to various degrees traumatized. They are in love with land, with the agriculture of that land, with the history of that land. And the land has been stolen, is being stolen, and is being desecrated. This is a more intimate portrait of people than one would be likely to gain on a trip to Palestine/Israel, and the unifying theme at the bottom of their ailments seems to be land loss. A character is describing a wedding of the past:

“Groups of men and women from all the other clans in the village would arrive every night, singing on their way over just after sundown and with many bagfuls of coffee beans, rice, sugar, and bulgur wheat as presents. Or they would have a boy dragging a lamb or a goat ahead of them. And the women would bring bundles of wood on their heads for the fire, which was lit up every night and around which the group dance and songfest were held. There is nothing like it today; since Israel occupied the Galilee, people bear only ill will and jealousy toward each other.”

The narrator asks his father to sell beloved land in order to send him to the U.S. for medical school. His father throws a shoe at him. He picks up the shoe and returns it. It is thrown again. He repeats this until his sister speaks to his father who finally laughs and agrees, hopelessly, despairingly perhaps, but understanding the need to proceed.

People have been modernized out of their land, overwhelmed by Western military technology and organization. But those people are more than catching up in the area of communication — assuming that is that anyone in the West still reads.

Disclaimer: The author does work for the publisher of this book, but that work does not include book reviews.