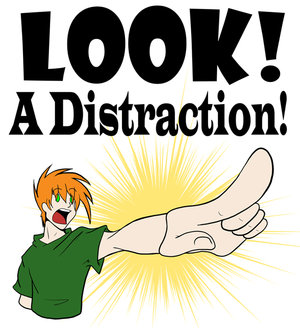 Pass the popcorn! Wait till I tweet this! Did you see the look on his face?

Ain’t elections exciting? We just can’t get enough of them, which could be why we’ve stretched them out to a couple of years each, even though a small crowd of Super Delegates and a couple of state officials with computer skills could quite conceivably decide the whole thing anyway.

Through the course of this marvelous election thus far I’ve been trying to get any human being to ask any candidate to provide just the most very basic outline of the sort of budget they would propose if president, or at least some hint at the single item in the budget that takes up more than half of it. Do they think military spending should go up, go down, or stay right where it is?

I’d even settle for the stupid “gotcha” question in which we find out if any of the candidates knows, even roughly, what percentage of the budget military spending is now.

Why is this topic, although seemingly central, scrupulously avoided?

Those seem like the obvious answers, but here’s another. While you’re being entertained by the election, President Obama is proposing a bigger military than ever. Not only is U.S. military spending extremely high by historical standards, but looking at the biggest piece of military spending, which is the budget of the Department of so-called Defense, that department’s annual “Green Book” makes clear that it has seen higher spending under President Barack Obama than ever before in history.

Check out the new budget proposal from the President who distracted millions of people from horrendous Bush-Cheney actions with his “peace” talk as a candidate eight years ago. He wants to increase the base Do”D” budget, both the discretionary and the mandatory parts. He wants to increase the extra slush fund of unaccountable money for the Do”D” on top of that. This pot used to be named for wars, but wars have gotten so numerous and embarrassing that it’s now called “Overseas Contingency Operations.”

When it comes to nuclear weapons, Obama wants to increase spending, but when it comes to other miscellaneous extras for the military, he also wants to increase that. Military retirement spending, on the other hand, he’d like to see go up, while the Veterans Administration spending he proposes to raise. Money for fueling ISIS by fighting it, Obama wants raised by 50%. On increasing hostility with Russia through a military buildup on its border, Obama wants a 400% spending boost. In one analysis, military spending would jump from $997.2 billion this year to $1.04 trillion next year under this proposal.

That’s a bit awkward, considering the shade it throws on any piddly little project that does make it into election debates and reporting. The smallest fraction of military spending could pay for the major projects that Senator Bernie Sanders will be endlessly attacked for proposing to raise taxes for.

It’s also awkward for the whole Republican/Hillary discussion of how to become more militarized, unlike that pacifist in the White House.

And, of course, it’s always awkward to point out that events just go on happening in the world rather than pausing out of respect for some inanity just uttered by Marco Rubio.