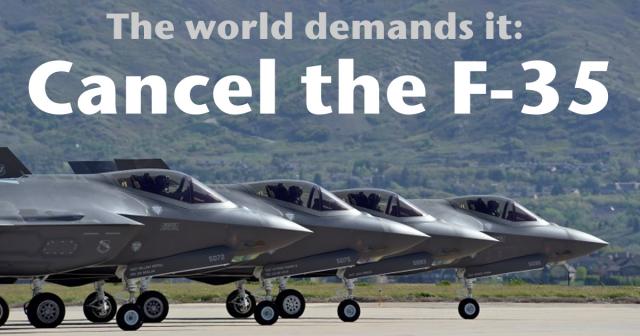 Imagine if a local business in your town invented a brand new tool that was intended to have an almost magical effect thousands of miles away. However, where the tool was kept and used locally became an area unsafe for children. Children who got near this tool tended to have increased blood pressure and increased stress hormones, lower reading skills, poorer memories, impaired auditory and speech perception, and impaired academic performance.

Most of us would find this situation at least a little concerning, unless the new invention was designed to murder lots of people. Then it’d be just fine.

Now, imagine if this same new tool ruined neighborhoods because people couldn’t safely live near it. Imagine if the government had to compensate people but kick them out of living near the location of this tool. Again, I think, we might find that troubling if mass murder were not the mission.

Imagine also that this tool fairly frequently explodes, emitting highly toxic chemicals, particles, and fibers unsafe to breathe into the air for miles around. Normally, that’d be a problem. But if this tool is needed for killing lots of people, we’ll work with its flaws, won’t we?

Now, what if this new gadget was expected to cost at least $1,400,000,000,000 over 50 years? And what if that money had to be taken away from numerous other expenses more beneficial for the economy and the world? What if the $1.4 trillion was drained out of the economy causing a loss of jobs and a radical diminuition of resources for education, healthcare, housing, environmental protection, or humanitarian aid? Wouldn’t that be a worry in some cases, I mean in those cases where the ability to kill tons of human beings wasn’t at stake?

What if this product, even when working perfectly, was a leading destroyer of the earth’s natural environment?

Amazingly, even those shortcomings do not matter as long as the intention is massive murder and destruction. Then, all is forgiven.

The tool I’m describing is called the F-35. At RootsAction.org you can find a new petition launched by locally-minded people acting globally in places where the F-35 is intended to be based. Also at that link you’ll find explanations of how the tool I’ve been decribing is the F-35.

The petition is directed to the United States Congress and the governments of Australia, Italy, the Netherlands, Norway, Turkey, the United Kingdom, Israel, Japan and South Korea from the world and from the people of Burlington, Vermont, and Fairbanks, Alaska, where the F-35 is to be based. This effort is being initiated by Vermont Stop the F35 Coalition, Save Our Skies Vermont, Western Maine Matters, Alaska Peace Center, University of Alaska Fairbanks Peace Club, North Star Chapter 146 Veterans For Peace, World Beyond War, RootsAction.org, Code Pink, and Ben Cohen.

The F-35 is a weapon of offensive war, serving no defensive purpose. It is planned to cost the U.S. $1.4 trillion over 50 years. Because starvation on earth could be ended for $30 billion and the lack of clean drinking water for $11 billion per year, it is first and foremost through the wasting of resources that this airplane will kill. Military spending, contrary to popular misconception, also hurts the U.S. economy (see here) and other economies. The F-35 causes negative health impacts and cognitive impairment in children living near its bases. It renders housing near airports unsuitable for residential use. It has a high crash rate and horrible consequences to those living in the area of its crashes. Its emissions are a major environmental polluter.

Wars are endangering the United States and other participating nations rather than protecting them. Nonviolent tools of law, diplomacy, aid, crisis prevention, and verifiable nuclear disarmament should be substituted for continuing counterproductive wars. Therefore, we, the undersigned, call for the immediate cancellation of the F-35 program as a whole, and the immediate cancellation of plans to base any such dangerous and noisy jets near populated areas. We oppose replacing the F-35 with any other weapon or basing the F-35 in any other locations. We further demand redirection of the money for the F-35 back into taxpayers’ pockets, and into environmental and human needs in the U.S., other F-35 customer nations, and around the world, including to fight climate change, pay off student debt, rebuild crumbling infrastructure, and improve education, healthcare, and housing.