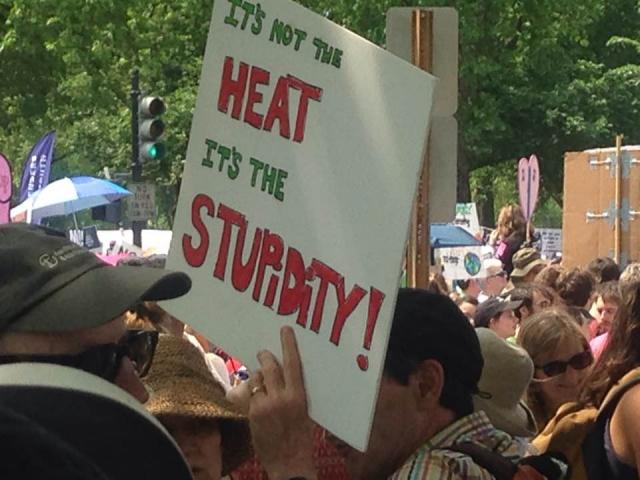 Most countries on earth have the U.S. military in them.

Most countries on earth burn less fossil fuel than does the U.S. military.

And that’s without even calculating how much worse for the climate jet fuel is than other fossil fuels.

And it’s without even considering the fossil fuel consumption of the world’s leading weapons makers, or the pollution caused by the use of those weapons all over the world.

The U.S. is the top weapons dealer to the world, and has weapons on multiple sides of most wars.

The U.S. military created 69% of super fund environmental disaster sites and is the third leading polluter of U.S. waterways.

When the British first developed an obsession with the Middle East, passed along to the United States, the desire was to fuel the British Navy.

What came first? The wars or the oil? It was the wars.

Wars and the preparations for more wars consume a huge amount of oil.

We need to learn to say

No More Wars for Oil
and
No More Oil for Wars

You know who agrees with that? Pre-presidential campaign Donald Trump. On December 6, 2009, on page 8 of the New York Times a letter to President Obama printed as an advertisement and signed by Trump called climate change an immediate challenge. “Please don’t postpone the earth,” it said. “If we fail to act now, it is scientifically irrefutable that there will be catastrophic and irreversible consequences for humanity and our planet.”

In fact, Trump is now acting to speed up those consequences, an action prosecutable as a crime against humanity by the International Criminal Court — at least if Trump were African.

It’s also a crime impeachable by the United States Congress — at least if there’s some way to involve sex in it.

Holding this government accountable is up to us.

No More Wars For Oil
No More Oil for Wars

Say it with me.