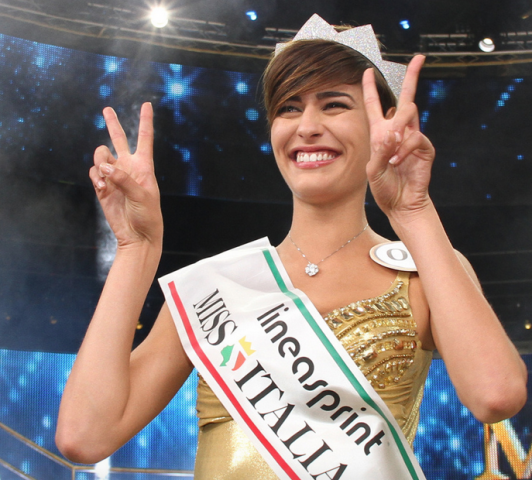 During this year’s competition for Miss Italy, contestants were asked what historical epoch they might like to have lived in and why. The first young woman to answer said 1942. She had heard so much about World War II, she said, that she’d like to actually live it — plus, she added, women didn’t have to be in the military anyway.

A number of people over 18, including to all appearances the judges, deemed this idiotic. And yet that contestant won and is now Miss Italy, whose job seems to be giving sadly laughable interviews in which she says that her favorite Italian historical figure is Michael Jordan, and she can understand why refugees flee horrors but that they should really go somewhere else other than Italy. Maybe she would have fit into 1942 better than most people imagine.

There is a World War II problem in the United States and in more of Europe than one might expect, and — in fact — in a good bit of the Hollywood-viewing world. World War II is our origin myth, our hero myth, our tragedy, our locus of meaning and justification for how we live.

Reality still registers with many to a great extent. Some realize at times that World War II was the worst thing ever to happen on earth in a relatively brief space of time — the greatest quantity of death, injury, suffering, and destruction, and also the most dramatic degeneration of morality. This was the war that moved the whole institution of war from something that killed primarily soldiers to something that has ever since killed primarily civilians. This was the acceptance and then the glorification of all-out war, tied to technological innovation, and transformed into a project of the entire community and an imagined economic good.

Without the World War II myth of “good war” one could not justify 70 years of militarism, materialism, and mad exploitation of planet and people ever since. Without the World War II myth, the Pope’s request that the United States end the wars and the arms trade could actually be heard and comprehended. An enormous percentage of stories in film, tv, books, magazines, etc., are set in or somehow connected to World War II. An 18-year-old in Italy (or the United States, for that matter) attempting in a moment of panic to think of an historical era in which something exciting occurred, could hardly answer other than World War II.

That the excitement was no greater than excitement easily obtainable today is incomprehensible to people raised on the myth. That it was overwhelmed by horrific suffering gets lost in the mythologizing. That the region Miss Italy is from was bombed, and that the bombs didn’t kill only males, has been buried in a mountain of cultural rubble. That moral clarity was most notable during World War II for its absence sounds like crazy talk to a young television viewer or reader of history text books.

World War II is glorified in Hollywood because the United States was on the Russian, and therefore winning, side, having entered the European war once the Germans and Russians had killed each other for years, as Harry Truman openly advocated allowing. World War II is held up as a justification for dozens of unrelated wars that lack their own justifications, because of the particular evil of the losing side — the side that, perhaps unbeknownst to Miss Italy, Italy was on.

But of course the evil of the death camps had nothing to do with the U.S. refusal to aid Jewish refugees or stop the war short of absolute devastation. The evils of eugenics and human experimentation and biological weapons and so forth were on both sides and continued by the United States using former Nazi and Japanese scientists after the war. The creation of the war was foreseen in 1918 by many wise observers, and yet the policies that led to it were never halted. The German people were not assisted until after the second war. But the Nazis were assisted by Wall Street for years and years.

A war is a human-made disaster, just like climate chaos, just like the Miss Italy competition — only just a little bit worse. A war is not an ennobling adventure. Watching lies about it on television is not the same as “living” it would be. War is, in fact, what those unwanted refugees are fleeing. They’re fleeing the wreckage of completely unromantic war, created by governments in Washington, Rome, London, and Paris that pretty much view history the way Miss Italy views it.