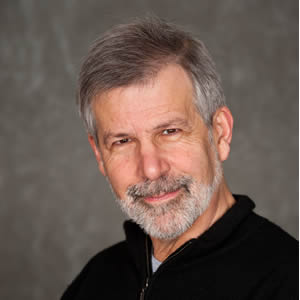 Michael Kazin is a professor of history at Georgetown University and editor of Dissent, a magazine of politics and culture which has been published since 1954. His main interest is the history of politics and social movements in the United States. Kazin writes frequently for such publications and websites as The New York Times, Foreign Affairs , The Nation, and The Daily Beast.

His most recent book is War Against War: The American Fight for Peace, 1914-1918. We discuss World War I, World War II, and peace activism.

Remembering Past Wars . . . and Preventing the Next

An event to mark 100 years since the United States entered World War I, and 50 years since Martin Luther King Jr. made his famous speech against war. A new movement to end all war is growing.

Speakers:
Michael Kazin, professor of history at Georgetown University, author of War Against War: The American Fight for Peace 1914-1918.

Medea Benjamin, cofounder of CODEPINK, author of books including Kingdom of the Unjust: Behind the U.S.-Saudi Connection.

David Swanson, director of World Beyond War, author of books including War Is A Lie and When the World Outlawed War.

Sponsored by World Beyond War, and Center on Conscience and War, with thanks to Busboys and Poets.

Please encourage your local radio stations to carry this program every week!

Please embed the SoundCloud audio on your own website!

Past Talk Nation Radio shows are all available free and complete at
http://TalkNationRadio.org

Talk World Radio is a 29-minute show, with a new episode released every Wednesday at TalkWorldRadio.org and available free to any station. The host, David Swanson, interviews guests — usually one per show, occasionally two — on a wide range of topics but with a particular focus on peace, justice, and political action. Guests have included authors, artists, activists, and elected officials. The length of the interviews allows some in-depth exploration of topics often under-reported elsewhere. All past shows are available on the website.

Talk World Radio is syndicated by Pacifica Network and is free to any station or website.  Please ask your local stations to air it.

Get your station listed.

Please embed the show on your websites and share it on social media.

Talk World Radio has no commercial or foundation sponsors.  It is funded entirely by listeners.

Talk World Radio’s past guests (listen to them all on this website) are: