First John Lewis tells us that choosing between Clinton and Obama was harder than walking across the Edmund Pettis Bridge and getting his head beaten in.

Now John Dean lets us know that the Clinton and Obama contest is the greatest drama in history. 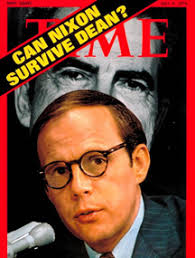 A Yale law professor is promoting the argument that there are only a few months left until one of them is president.

Excuse me, but my calculator must be broken. There would seem in my apparent madness to be nearly a year left before Diebold and ES&S may possibly permit one of these two to move into the White House, a year in which millions will die unnecessarily, in which global warming will advance, in which the Constitution will continue to disintegrate.

Am I in the Twighlight Zone episode where EVERYBODY ELSE goes insane, or am I insane?

Both of these candidates in yet another imminent but distant MOST IMPORTANT ELECTION IN HISTORY support but dislike NAFTA, oppose but wish for universal health coverage, dislike but won’t end the occupation of Iraq, reject impeachment, deny the existence of election fraud, and promote more militarism.

Am I watching the same channel the rest of the country seems to have tuned into? How did Howard Zinn get stuck in this padded cell with me? 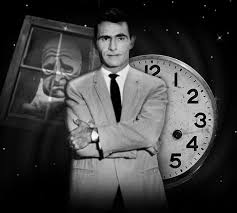