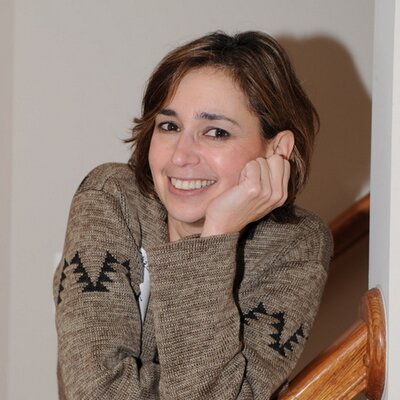 Elizabeth Murray served as Deputy National Intelligence Officer for the Near East in the National Intelligence Council before retiring after a 27-year career in the U.S. government. She is a member of Veteran Intelligence Professionals for Sanity (VIPS) and an occasional writer at Consortiumnews.com which has covered recent U.S. propaganda re Russia as well as any media outlet out there. Murray has recently returned from a trip to Russia organized by the Center for Citizen Initiatives which has resumed the sort of U.S.-Russia cultural exchanges that it organized during a previous peak in the cold war.

Murray was invited by Washington Physicians for Social Responsibility (WPSR) to attend and speak at a small meeting in Everett, Washington, with Congressman Rick Larsen on Friday, July 22nd. Here is an account from Murray of how it went:

“I mentioned to Rep. Larsen that I had just returned from Russia with a U.S. delegation, and that all the people in Russia I had spoken with — including teachers, students, journalists, medical doctors, entrepreneurs and war veterans — had no desire for a nuclear war with the United States, but instead expressed the wish for peaceful, normalized relations . . . During our time in Yalta, I had organized a ‘swim for peace’ with Americans and Russian war vets swimming together in the Black Sea, which had caused quite a stir in local Russian language media. I explained to Rep. Larsen my understanding of why the Russian public is suspicious about U.S. moves in the region (based on what I heard from people there), and why they would expect the United States to be the first to make a unilateral confidence-building measure in the direction of nuclear disarmament. Russians were savvy to the Nuland ‘Yats’ youtube recording (in which Victoria Nuland is distinctly heard telling U.S. ambassador to Ukraine Geoffrey Pyatt that ‘Yats is the guy’ just prior to the regime change in which Arseniy Yatsenyuk became prime minister, and which directly implicated the U.S. in the Ukrainian coup), felt threatened by the recent NATO/Operation Anakonda maneuvers that took place during our delegation’s visit, and were extremely concerned about other provocative U.S. moves in the region, including economic sanctions on Russia and Crimea, the latter enacted after a majority of Crimeans voted to rejoin Russia in response to what they saw as outside interference in the affairs of Ukraine.”

How did Larsen respond to learning such significant and generally unknown information? 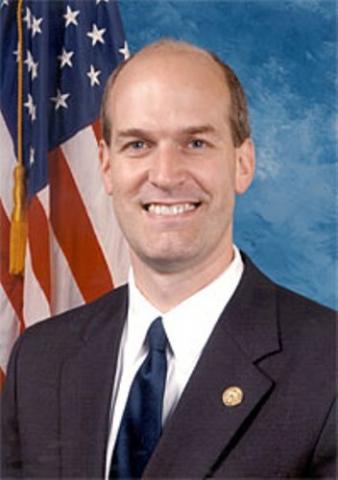 “Larsen immediately responded with rebuttals, stating flat-out he didn’t believe there was a U.S. role in the Ukrainian events — that what I’d just told him was ‘not what I’ve been hearing’ – and he went on to talk about how the Baltic states felt threatened by Russia, etc. He didn’t know what ‘Operation Anakonda’ was and seemed unaware that the largest-ever NATO military maneuvers since WWII had just taken place on Russia’s borders. I offered to send his office additional information about that and the Ukrainian events – an offer he ignored.”

Let’s be clear. The conflict in the Ukrainian government was between an EU/IMF economic alliance and a Russian one. Robert Parry describes what happened: “[U.S. Assistant Secretary of State and Hillary Clinton ally Victoria] Nuland saw her big chance on Feb. 20, 2014, when a mysterious sniper apparently firing from a building controlled by the Right Sektor shot and killed both police and protesters, escalating the crisis. On Feb. 21, in a desperate bid to avert more violence, Yanukovych agreed to a European-guaranteed plan in which he accepted reduced powers and called for early elections so he could be voted out of office. But that wasn’t enough for the anti-Yanukovych forces who led by Right Sektor and neo-Nazi militias overran government buildings on Feb. 22, forcing Yanukovych and many of his officials to flee for their lives. With armed thugs patrolling the corridors of power, the final path to ‘regime change’ was clear. Instead of trying to salvage the Feb. 21 agreement, Nuland and European officials arranged for an unconstitutional procedure to strip Yanukovych of the presidency and declared the new regime ‘legitimate.’ Nuland’s ‘guy’ Yatsenyuk became prime minister. While Nuland and her neocon cohorts celebrated, their ‘regime change’ prompted an obvious reaction from Putin, who recognized the strategic threat that this hostile new regime posed to the historic Russian naval base at Sevastopol in Crimea. On Feb. 23, he began to take steps to protect those Russian interests.”

That Yatsenyuk was Nuland’s “guy” is a reference to a phone call in which, pre-coup, she designated him as her chosen future leader of Ukraine. Here’s the audio of the call. Not only does Nuland not dispute the authenticity of the audio, but she has apologized for cursing the European Union in it.

You can also watch a video of Nuland in front of Chevron and ExxonMobil banners stating that the United States invested $5 billion over some period of years in democratizing / Europeanizing Ukraine. In fact, at the time of the coup, the National Endowment for Democracy had 65 projects in Ukraine, training activists, journalists, and others to advance a European alliance, not counting Nuland’s handing out cookies to protesters in the square. The U.S. role was discussed in Ukraine’s parliament pre-coup.

The United States Congress has officially acknowledged what is beyond dispute: the role of neo-Nazis in the coup government. According to widespread allegations, coup snipers were trained in Poland on behalf of the United States.

President Obama took credit for the U.S. role in the regime change on CNN: “And since Mr. Putin made this decision around Crimea and Ukraine – not because of some grand strategy, but essentially because he was caught off-balance by the protests in the Maidan and Yanukovych then fleeing after we had brokered a deal to transition power in Ukraine – since that time, this improvisation that he’s been doing has getting – has gotten him deeper and deeper into a situation that is a violation of international law, that violates the integrity, territorial integrity and sovereignty of Ukraine.” As if facilitating a neo-Nazi coup doesn’t do that!

Renee Parsons adds this: “What Nuland did not reveal on December 13 was that her meetings with ‘key Ukrainian stakeholders’ included neo-Nazi Svoboda party leader Oleh Tyahnybok and prime minister wannabe Arsenly Yatsenyuk of the Fatherland Party. At about the same time Nuland was wooing fascist extremists, Sen. John McCain (R-Az) and Sen. Chris Murphy (D- Conn) shared the stage in Kiev with Tyahnybok offering their support and opposition to the sitting government. The Svoboda party which has roots with extreme vigilante and anti-Semitic groups has since received at least three high level cabinet posts in the interim government including deputy prime minister. There is no doubt that the progenies of west Ukraine’s historic neo-fascist thugs that fought with Hitler are now aligned with the U.S. as represented by Victoria Nuland. . . .

“. . . January 30, 2014 – The State Department’s website Media Note announced Nuland’s upcoming travel plans that ‘In Kyiv, Assistant Secretary Nuland will meet with government officials, opposition leaders, civil society and business leaders to encourage agreement on a new government and plan of action.’ In other words, almost a month before President Yanukovych was ousted, the U.S. was planning to rid the world of another independently elected President.”

Here’s some background to put this incident into historical context.

Even imagining that the United States did not play a role in the coup, the fact of the coup would still render what Crimea and Russia did in response very different from the “aggression” alleged by U.S. media, the resulting myth permeating U.S. understanding, and the worldview of Congress members acting on that mythical basis.