Below is Nader’s list of books you should read to jolt your mind into action.

I’m going to skip number 8 because I wrote it, but I’d like to offer it to you at a discount. 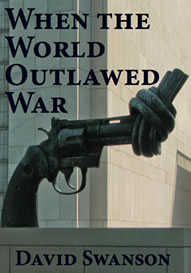 For the paperback, kindle, epub, PDF, or audio book, just go to:
https://davidswanson.org/outlawry

Jolting the mind for action

These are suggested summer readings from Ralph Nader to activate the citizen’s mind:

Want to disturb your routine and enliven your vision for human possibilities, read through the above works. It will take you a lot less time than the authors spent delivering their minds to yours.