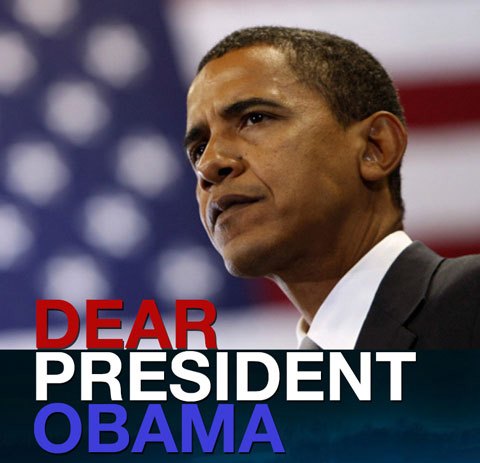 A new film called Dear President Obama that is narrated by Mark Ruffalo begins very gently, sympathizing with President Obama’s supposed need to please his funders and corporate lobbyists. But the story it then begins to present of what the frack president has done to the United States with fracking is absolutely devastating — as severe and tragic in its way as what the drone president has done abroad, and no doubt parallel with what the Secretary of State for Wars and Fracking Hillary Clinton did by imposing fracking on other countries that did not want it.

Dear President Obama explains that fracking damages the earth’s climate rather than protecting it, as had been the lie. But then the film focuses on the stories of some of the 17 million people in the United States who live within a mile of oil and gas drilling. We meet families with these climate destroying, earthquake creating, water poisoning, air polluting disasters in their backyards and next to kindergartens. We meet people who suddenly have cancer, their teeth falling out, their health deteriorating in similar ways everywhere that fracking is ruining what was left of undamaged rural landscape, or where fossil fuels are being sucked out of the ground right in Los Angeles, but in a lower income neighborhood about which elected officials apparently do not care. Most people have had fracking imposed on them, not by choice, but by complete surprise, with no input, and have had their land devalued or actually taken from them.

After showing us the localized human damage, Dear President Obama circles back to show us how the profiteers have corrupted federal and state governments. We see Dick Cheney joking about global warming, which is quite fitting, because Cheney’s wars are widely understood to have been based on lies. But those lies were blatantly obvious to numerous experts and ordinary observers who hadn’t been paid to believe them. The same can be said of lies about “natural gas.” They were quickly exposed, debunked, documented, abandoned, and retold in other forms. But people not paid to believe that “natural gas” was good for us didn’t believe the lies to begin with and have gone right on not believing them for years now.

Beyond dispute now is, what many have understood for years, that fracking creates earthquakes. It may even have caused an earthquake that damaged the Washington Monument and National Cathedral in Washington, D.C., not to mention a nuclear power plant in Virginia — thereby bringing together two major fraudulent energy policies. Earthquakes and water contamination and other damage from fracking has outstripped most, if not all, predictions, while predictions about the amount of energy available to be fracked (like claims that Iraq would pay for its own bombing, or Mexico for its own walling off) have been successfully exposed.

While President Obama promised 100 years of energy from “natural gas,” the stuff is already running out and the profiteers abandoning their boom towns. The insanity of damaging the earth’s future and poisoning children for 100 years of gas is being exposed as something people may understand a lot better: the insanity of doing that for 10 or 20 years of gas. But if the fracking stops, the damage will continue to spread like the air from burn pits, the depleted uranium, or the agent orange left behind after a war. Ground water has been contaminated in locations all over the United States from fracking.  And fracked water full of oil and volatile chemicals is being used to irrigate farms, including farms growing fruit that will be sold to us without any indication of what went into it

Some local governments have tried to resist fracking and in some cases been prevented by states, in other cases succeeded thus far. In Dear President Obama we meet a small town mayor who discovers that the promised economic benefits to his town were “smoke and mirrors” and that his local laws had no power to prevent getting fracked. Other towns and counties have banned fracking, and many others are trying to do so. There’s a website where you can set up a petition for wherever you live in support of a ban on fracking. The film shows us the activist movement that created a ban on fracking in the state of New York. This is inspiring and an excellent example of what to do. And I say that despite having heard serious concerns from New Yorkers about the limitations of the ban, and despite all the work that remains to be done.

Renewable energy is growing fast but it cannot succeed far enough and fast enough without government support, just exactly as fossil fuels needed government support to succeed. This means that we must push on with bans on fossil fuel and nuclear energies, press for their enforcement, monitor that enforcement with eternal vigilance, and think locally but act nationally and globally in creating sustainable green energy.

In Dear President Obama, people interact with their elected officials, including Congress members, who tell them lies and advise them, at best, to sell out and move. If ISIS tried that, can you imagine the uproar. Who dare someone poison our land and then tell us the get out? When President Obama claimed to know that Bashar al Assad had poisoned children, that was supposedly grounds for bombing other children. What about when frackers do it? These polluters of our land, water, and air have shortened many more U.S. lives than ISIS. Their victims are tearful, traumatized, and indeed terrorized by the threat to their families and communities and our world as a whole.

Those benefitting in the extremely short term from fracking, as from bombing, are the profiteers and those they offer temporary, dangerous, and soul-stunting employment. Their fracking day in the clouded-over sun won’t last long — unless they can create a new variation, a new method of raping the earth, and unless we let them get away with it again.

One activist in Dear President Obama notes that there’s a big focus in U.S. public discourse around the environment on changing light bulbs and putting solar on your roof, even while U.S. and states’ policies continue to pump every possible drop of oil and gas out of the ground — oil and gas the consumption of which scientists say we cannot survive. This is like applying Geneva Conventions to nuclear war or asking for “transparent” reports on everybody murdered with drones. The U.S. government subsidizes fossil fuels and clears the way for their extraction and consumption. That has to change or we have to die.

Should we praise reductions in coal while gently regretting increases in the burning of gas and protesting the damage done in the extraction process? Should our position begin with the words “Dear President Obama”? Or should we perhaps yell something like this: Frack! Obama, you are threatening all we hold dear. End it now! Admit to the damage! Halt the program! Move the money to solar and wind. Or this planet’s in danger and your legacy is up in flames.