UPDATE: Ben Ferencz, the last surviving prosecutor from the World War II Nuremberg War Crimes Trials and founding father of the International Criminal Court, will make an important statement on U.S. foreign policy at an event with David Swanson and Sandy Davies in Boca Raton on Feb. 26, 2011. 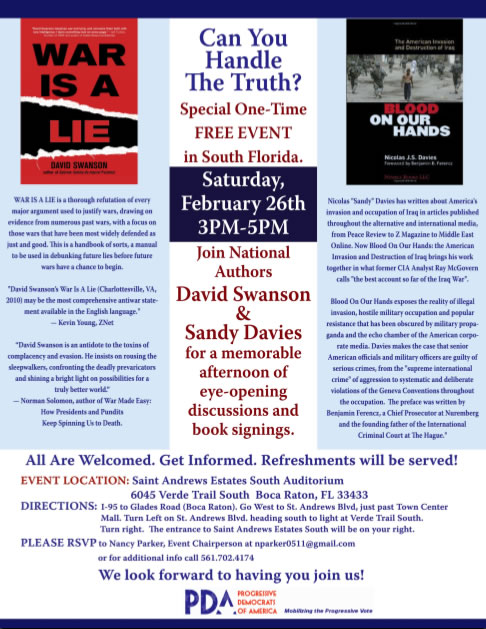