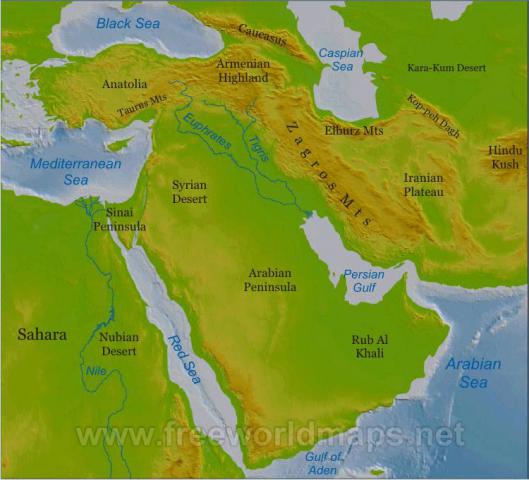 Talking with Iran has made the war profiteers and their servants sad and the rest of the world happy. Perhaps the novel idea of negotiating rather than killing will be carried over to several other parts of the world. Mainstream corporate voices are even raising the idea of talking with ISIS, or at least talking with the nations of the region ISIS is in about ISIS, or at least ceasing to make the ISIS Crisis worse by ignorantly doing everything wrong — which just might include making friends with Iran in order to fight ISIS together.

“But what about ISIS?” That has been the endless zombie question encountered by all peace activists ever since the propaganda coup of the videos of two U.S. journalist beheadings. And part of the answer has always been: learn where it came from. Phyllis Bennis’s new book can help with that job wonderfully. The book is called Understanding ISIS and the New Global War on Terror: A Primer. Whether you think you understand ISIS or not, I urge you to pick up a copy, or better a box of copies. This is a small book that should be passed out like a vaccine to residents of the enormous camp of refugees from sanity and historicity that we call the United States of America.

Bennis’s book is excellent on what to do, although that topic is found in a handful of pages near the end. The focus, however, is on understanding origins and context. If anything, this is overdone, though it’s hard to see what the harm could be in people learning a little too much. The book covers Syria, the Arab Spring, Libya, Iran, the United Nations, Afghanistan, Pakistan, and many other tangentially related topics (I wish she’s added a section on the phony reports of ISIS actions in the United States). The book is excellent on the 2013 Syria Missile Crisis and the role that popular resistance played in preventing a massive U.S. bombing campaign in Syria. That, even more so than the successful negotiation with Iran this week, should be our model for future activism.

Bennis relates an excellent history of the Mountain Rescue Excuse and places it in the context of the Imminent-Genocide-in-Benghazi Scam and other past justifications to launch wars that have predictably and immediately veered off into unrelated murderous operations.

But I think the most interesting point in this wide-ranging book may be one that Bennis makes about the Sunni Awakening. You might recall that when the United States began the 2003-2011 destruction of Iraq it quickly dissolved the Iraqi military, dismantled the civil service, and got rid of the Baath Party. Angry, trained, and armed fighters joined the popular resistance to the U.S. occupation. Among the new fighting groups that formed was Al Qaeda in Iraq. In 2006, the Bush administration gave up on the hopeless mission-never-to-be-accomplished of trying to fight these groups, and started buying them off. This was a key part of the success of the “surge” that was itself no success at all. But some of the groups, including AQI refused to be bought off or to cease fighting.

In 2008, the United States turned over to the Iraqi government the job of buying off Sunni groups. The Iraqi government ceased making the payments. And the growth of ISIS, the renamed AQI, was underway. And it was exacerbated by an Iraqi government that shut out Sunnis and attacked Sunnis, while being funded and armed by the U.S. government. People think ISIS came out of nowhere, but many of us were, in the years before ISIS hit the news, struggling to oppose the U.S. provision of weapons to the Iraqi government for use in attacking Iraqis. This is where ISIS and broad support for ISIS among Sunnis came from.

Prince Bandar bin Sultan of Saudi Arabia had told Sir Richard Dearlove of MI6, “The time is not far off in the Middle East, Richard, when it will be literally ‘God help the Shi’a.’ More than a billion Sunnis have simply had enough of them.” ISIS funding flows from Saudi Arabia, Kuwait, the UAE, and Qatar, as well as from oil sales and artifact sales and kidnappings and thefts.

When 1,300 ISIS fighters overwhelmed 350,000 Iraqi soldiers and helped themselves to loads of U.S. weaponry, ISIS had the support of Sunni leaders angered by the Iraqi government, and of former Iraqi military leaders thrown out of work by Paul Bremmer — not to mention benefitting from the chaos and flood of weaponry into Syria, and critically from the lack of enthusiasm for their cause among members of the Iraqi military.

So why do I say the Sunni Awakening is the most interesting point? Because something was working. Making small payments of cash to Sunnis — sums far smaller than those spent on the weapons and the training (at $4 million per trainee now) to fight them — was working. What if, instead of ending those payments, they had been continued, or been transformed into a program of nonviolent aid to everyone in the region, accompanied perhaps by a note of apology for having destroyed the place?

Bennis’ first recommendation for what to do is an arms embargo. I think if Americans realized that their country was arming the region that their country constantly laments the violence in, the idea of an arms embargo would have overwhelming appeal. Beyond that, Bennis recommends: an inclusive Iraqi government, an end to airstrikes, a withdrawal of U.S. troops, and the use of diplomacy, including possibly talks with ISIS.

Bennis also suggests reversing the U.S. Supreme Court’s decision in Holder v. Humanitarian Law Project which can make teaching non-violent activism to groups abroad into the crime of “material support for terrorism.” And she proposes a massive increase in U.S. aid through U.N. agencies.

Of course, aid has a tendency to make things better and a proven record of working in Iraq. So I assume every other possible approach will be tried first.