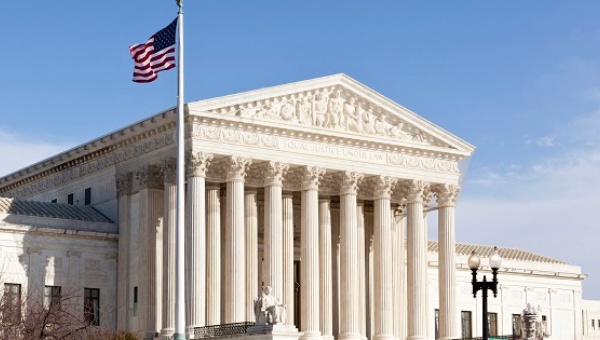 How does one even get convicted of bribery in a system that has legalized it to the extent that ours has? Look at Congress members’ and other federal office holders’ actions and their sources of funding. There is debate only over whether they are bribed to act or rewarded for having acted, but the correlation between action and funding is undisputed, and the sources of funding unrestricted. A headline like “Clinton Foundation Donors Got Weapons Deals From Hillary Clinton’s State Department” raises a few eyebrows but no indictments.

The correlation is even more strongly documented between funding and gaining access to Congress members, and the general trend so clear that an academic study has identified the U.S. form of government as an oligarchy. Many political observers now think of elections as a corrupting influence, which no doubt fuels a taste for pseudo-solutions like term limits and billionaire politicians who don’t have to sell out.

And yet, two U.S. state governors have recently been convicted of taking bribes: Alabama’s Don Siegelman and Virginia’s Bob McDonnell. Siegelman has been in prison for over four years though he was targeted by politically motivated prosecutors and was never accused of any personal gain. McDonnell was bribed with a Rolex watch, plane tickets, dinners, trips, loans, catering, golf bags, and i-phones, and, according to his successful prosecutors took official actions in his capacity as governor to benefit the person bribing him within minutes of receiving various loot. The U.S. Supreme Court has kept McDonnell and his wife (also convicted) out of prison as it considers his case. A bipartisan collection of 113 current and former state Attorneys General urged the Supreme Court to correct the injustice to Siegelman, and it declined to consider it.

The U.S. Supreme Court was uninterested in a bribery case like Siegelman’s that involved no bribery. What’s frightening is its interest in a case like McDonnell’s. His lawyers will argue that while he and his wife clearly benefitted, he didn’t know everything his wife had promised in return for the bribes, nor did he agree to it, nor did he deliver on it. There is clearly the potential that the new standard in U.S. politics going forward will be that you can give luxury toys and personal bribes directly to an office holder, as long as he or she fails to deliver the public policy you asked for, or as long as he or she doesn’t try very hard to deliver it.

Such a standard would open the door to direct bribery of politicians in a new way not achieved by Citizens United and related rulings that facilitate bribery through campaigns and PACs and foundations. As long as the two parties are discreet, who will be able to prove that the favor your politician did your corporation was actually in response to the Mercedes you gave him?

If you imagine the Supreme Court’s interest is in correcting injustice, as opposed to expanding the legalization of bribery, have another look at the Don Siegelman case. Siegelman was by far the most successful Democratic politician in an overwhelmingly Republican government in Alabama. When he won reelection as governor in 2002, the election result was reversed after Republican officials in a single county waited until the Democratic officials had gone home, then recounted the votes and determined that there had been an error. Despite Democrats’ objections of impropriety and pointing out that the voters whose votes were switched away from Siegelman didn’t — as one would have expected — have their votes similarly “corrected” in other races, the Republican Attorney General of Alabama upheld the result and forbid any manual recount to verify it.

Republican lawyer Jill Simpson describes “a five-year secret campaign to ruin the governor,” during which Karl Rove, President George W. Bush’s senior political advisor, asked her to “try to catch Siegelman cheating on his wife.” Rove associate Bill Canary, she says, told her that his wife Leura and friend Alice Martin, both federal prosecutors, would “take care of” Siegelman. When Siegelman began running to win his office back two years after losing it, the U.S. Justice Department took him to trial alleging a Medicaid scam, but the judge listened to the opening argument and then threw out the case as worthless.

The “Justice” Department kept trying, and finally got Siegelman on bribery. His offense? He was not alleged to have pocketed a dime or to have received any support through any foundation or committee. Rather, he re-appointed a man to a board who had been appointed to the same position by the previous three governors, a man who made contributions to a state lottery to pay for college scholarships for poor kids. Yes, Siegelman’s idea to help poor people with a lottery seems to have missed the fact that lotteries are taxes on poor people. But does that make him guilty of bribery or justify prosecutors targeting him?

The star witness in the Siegelman case claimed that Siegelman met with this man and emerged from the meeting with a check in hand talking openly about the quid pro quo. In reality, the check was written days after that meeting, and the star witness was facing 10 years in prison and had cut a deal with the prosecutors to reduce his sentence.

A U.S. House Committee investigated the Siegelman case and asked Karl Rove to testify. He declined. And the committee declined to hold him in contempt or to use inherent contempt. He was simply allowed to refuse. Now Siegelman’s son, attorney Joseph Siegelman, has filed suit seeking documents from the U.S. government. I asked him what he hopes to find.

“Every stone that gets overturned ends up showing something negative,” he said. As an example he pointed to the Justice Department’s description of an email from a prosecutor of Siegelman to the campaign manager of his main Republican opponent, a description of an email that didn’t become public until years after Siegelman’s trial. “We don’t know what else they have to hide,” said Joseph Siegelman.

I asked Joseph Siegelman about the Supreme Court’s decision to hear McDonnell’s case and not his father’s, and he exclaimed, “How can our system of justice be so skewed?”

The worst of it may be that a ruling in favor of McDonnell and the inherent right to accept Rolexes from lobbyists could leave Siegelman sitting in prison. He never accepted any Rolex. And he did re-appoint that healthcare professional to that healthcare board.

Should the Supreme Court further legalize bribery, the people of the United States should send Benjamin Franklin a note informing him that we were not able to keep a republic after all. Or they should rise up and compel the Congress, or compel the states to go around the Congress in amending the Constitution, to end all forms of bribery, ban all private election spending, create free and equal media air time on our air waves for all qualified candidates, provide public financing for campaigns, and for godsake free Don Siegelman.