“Lifting the Shadow of War.” 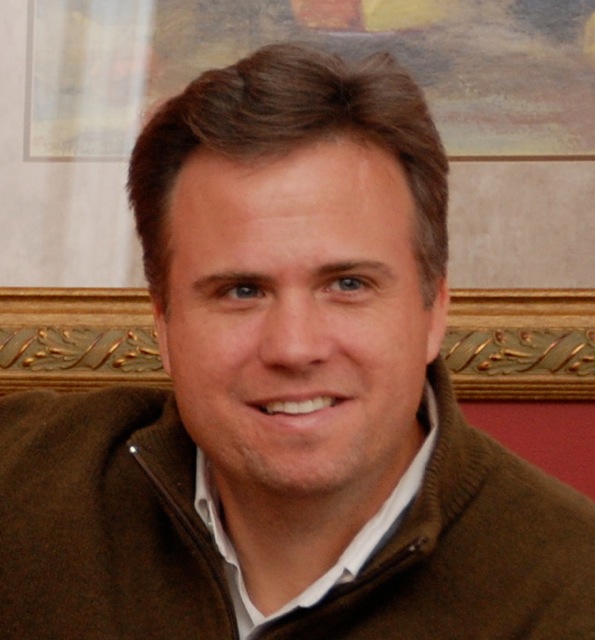 Flyer for both events: PDF.

Swanson will sign his books which include:
Daybreak: Undoing the Imperial Presidency and Forming a More Perfect Union (2009)
War Is A Lie (2010)
When the World Outlawed War (2011)
The Military Industrial Complex at 50 (2012)

Swanson helped plan the nonviolent occupation of Freedom Plaza in Washington DC in 2011.

In December 2011, The Hook newspaper in Charlottesville, Va., named him a runner-up Person of the Year.

Swanson holds a master’s degree in philosophy from the University of Virginia. He has worked as a newspaper reporter and as a communications director, with jobs including press secretary for Dennis Kucinich’s 2004 presidential campaign, media coordinator for the International Labor Communications Association, and three years as communications coordinator for ACORN, the Association of Community Organizations for Reform Now.

“David Swanson is a truth-teller and witness-bearer whose voice and action warrant our attention.” —Cornel West, author.

“David Swanson will be remembered and well recognized as the citizen who held up a lamp in the darkness and cried, as did good Tom Paine: ‘We have it in our power to begin the world over again.'” —John Nichols, columnist, The Nation.

“David Swanson predicates his belief that nonviolence can change the world on careful research and historical analysis.” —Kathy Kelly, Voices for Creative Nonviolence.

“David Swanson’s War Is A Lie may be the most comprehensive antiwar statement available in the English language.” —Kevin Young, Znet.

“Our times cry out for a smart, witty and courageous Populist who hasn’t forgotten how to play offense. Luckily we have David Swanson.” —Mike Ferner, President of Veterans For Peace.

“David Swanson, who has been a one-man wonder leading the charge for accountability, writes a compelling narrative that inspires not just outrage, but ACTION.” —Medea Benjamin, Code Pink and Global Exchange.

“David Swanson despises war and lying, and unmasks them both with rare intelligence. I learn something new on every page.” —Jeff Cohen, founder of FAIR.

“David Swanson’s book is a masterful exposure of the emergence of a monarch-like president coupled with an effete, irresponsible, and constitutionally ignorant Congress.” —Bruce Fein, former Associate Deputy Attorney General.

“David Swanson has written a fascinating account of how peace once became the law of the land.  It is particularly pertinent in the era of the Endless War, by giving encouragement and suggestions of a path forward to those who want to give peace a chance.” —Liz Holtzman, former member of the U.S. Congress.

“Swanson’s book is far more uplifting and inspiring than virtually any other book in its genre, as it devotes itself to laying out a detailed plan for how American citizens — through the activism to which he has devoted himself — can bring about a rejuvenation of our political values.” —Glenn Greenwald, Salon.com.

“David Swanson is an antidote to the toxins of complacency and evasion. He insists on rousing the sleepwalkers, confronting the deadly prevaricators and shining a bright light on possibilities for a truly better world.” —Norman Solomon, author of War Made Easy.