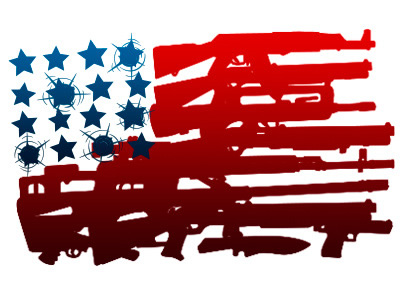 This Fourth of July, U.S. war makers will be drinking fermented grain, grilling dead flesh, traumatizing veterans with colorful explosions, and thanking their lucky stars and campaign contributors that they don’t live in rotten old England. And I don’t mean because of King George III. I’m talking about the Chilcot Inquiry.

According to a British newspaper: “The long-awaited Chilcot report into the Iraq war is reportedly set to savage Tony Blair and other former government officials in an ‘absolutely brutal’ verdict on the failings of the occupation.”

Let’s be clear, the “brutal” “savaging” is metaphorical, not of the sort actually done to Iraq. By the most scientifically respected measures available, the war killed 1.4 million Iraqis, saw 4.2 million injured, and 4.5 million people become refugees. The 1.4 million dead was 5% of the population. The invasion included 29,200 air strikes, followed by 3,900 over the next eight years. The U.S. military targeted civilians, journalists, hospitals, and ambulances. It used cluster bombs, white phosphorous, depleted uranium, and a new kind of napalm in urban areas. Birth defects, cancer rates, and infant mortality have soared. Water supplies, sewage treatment plants, hospitals, bridges, and electricity supplies were devastated, and not repaired.

For years, the occupying forces encouraged ethnic and sectarian division and violence, resulting in a segregated country and the repression of rights that Iraqis had enjoyed even under Saddam Hussein’s brutal police state. Terrorist groups, including one that took the name ISIS, arose and flourished.

There was no need for yet another investigation. The crime has been out in the open from the start. All the obvious lies about weapons and ties to terrorists could have been true and still wouldn’t have justified or legalized the war. What’s needed is accountability, which is why Tony Blair may now find himself impeached.

Holding UK accomplices to the crime accountable is not a step toward getting them to squeal on their U.S. bosses, because the secrets are all in the open. But perhaps it can set an example. Perhaps even a UK-free European Union will someday take steps to hold U.S. criminals to account.

It’s too late, of course, to dissuade President Obama from expanding on Bush’s abuses by holding Bush accountable. But there is the problem of the next president (with both major parties nominating people who supported the 2003 invasion), and the problem of a subservient Congress. There is also the screaming need, ever more urgent, for massive reparations to the people of Iraq. That step, required by justice and humanity, would of course cost less financially than continuing the never-ending wars in Iraq, Syria, Pakistan, Afghanistan, Libya, Yemen, and Somalia. It would also make the United States safer.

These articles of impeachment were introduced in the U.S. House of Representatives by Congressman Dennis Kucinich on June 9, 2008, as H. Res. 1258

Article I
Creating a Secret Propaganda Campaign to Manufacture a False Case for War Against Iraq.

Article II
Falsely, Systematically, and with Criminal Intent Conflating the Attacks of September 11, 2001, With Misrepresentation of Iraq as a Security Threat as Part of Fraudulent Justification for a War of Aggression.

Article III
Misleading the American People and Members of Congress to Believe Iraq Possessed Weapons of Mass Destruction, to Manufacture a False Case for War.

Article IV
Misleading the American People and Members of Congress to Believe Iraq Posed an Imminent Threat to the United States.

Article VI
Invading Iraq in Violation of the Requirements of HJRes114.

Article VIII
Invading Iraq, A Sovereign Nation, in Violation of the UN Charter.

Article X
Falsifying Accounts of US Troop Deaths and Injuries for Political Purposes.

Article XII
Initiating a War Against Iraq for Control of That Nation’s Natural Resources.

Article XIIII
Creating a Secret Task Force to Develop Energy and Military Policies With Respect to Iraq and Other Countries.

Article XIV
Misprision of a Felony, Misuse and Exposure of Classified Information And Obstruction of Justice in the Matter of Valerie Plame Wilson, Clandestine Agent of the Central Intelligence Agency.

Article XVI
Reckless Misspending and Waste of U.S. Tax Dollars in Connection With Iraq and US Contractors.

Article XVIII
Torture: Secretly Authorizing, and Encouraging the Use of Torture Against Captives in Afghanistan, Iraq, and Other Places, as a Matter of Official Policy.

Article XIX
Rendition: Kidnapping People and Taking Them Against Their Will to “Black Sites” Located in Other Nations, Including Nations Known to Practice Torture.

Article XXI
Misleading Congress and the American People About Threats from Iran, and Supporting Terrorist Organizations Within Iran, With the Goal of Overthrowing the Iranian Government.

Article XXIV
Spying on American Citizens, Without a Court-Ordered Warrant, in Violation of the Law and the Fourth Amendment.

Article XXV
Directing Telecommunications Companies to Create an Illegal and Unconstitutional Database of the Private Telephone Numbers and Emails of American Citizens.

Article XXVII
Failing to Comply with Congressional Subpoenas and Instructing Former Employees Not to Comply.

Article XXVIII
Tampering with Free and Fair Elections, Corruption of the Administration of Justice.

Article XXIX
Conspiracy to Violate the Voting Rights Act of 1965.

Article XXXI
Katrina: Failure to Plan for the Predicted Disaster of Hurricane Katrina, Failure to Respond to a Civil Emergency.

Article XXXIII
Repeatedly Ignored and Failed to Respond to High Level Intelligence Warnings of Planned Terrorist Attacks in the US, Prior to 911.

Article XXXIV
Obstruction of the Investigation into the Attacks of September 11, 2001.