David Swanson from the Coordinating Committee of WorldBeyondWar.org will be visiting London from the United States on July 2nd before heading up to speak in Northern England with CAAB.org.uk on the Fourth of July.  Swanson is an author whose books include: War No More: The Case for Abolition (2013), War Is A Lie (2010), When the World Outlawed War (2011), and The Military Industrial Complex at 50 (2012). See https://davidswanson.org 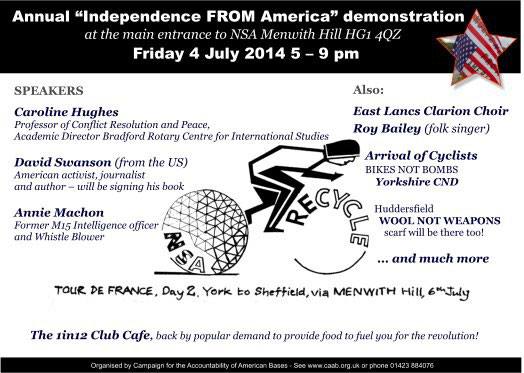