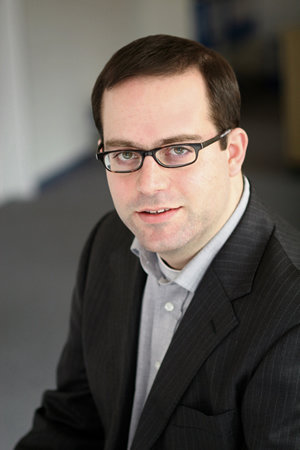 Andreas Schüller is an attorney on the staff of the European Center for Constitutional and Human Rights. He is the lead attorney on a suit being brought by ECCHR and Reprieve against the German government on behalf of three Yemeni survivors of a U.S. drone strike. The case will be heard May 27th in Cologne.

Their suit argues that it is illegal under German law for the German government to allow the U.S. air base at Ramstein to be used for drone murders abroad. The suit comes after the passage of a resolution in the European Parliament in February 2014 urging European nations to “oppose and ban the practice of extrajudicial targeted killings” and to “ensure that the Member States, in conformity with their legal obligations, do not perpetrate unlawful targeted killings or facilitate such killings by other states.”

I’ve always thought of drone murders as illegal under the laws of the countries where the murders happen, as well as under the UN Charter and the Kellogg Briand Pact. I asked Schüller: Is your suit seeking prosecution for murder where (or in one of the places where) the act is committed from a distance?

“The suit,” he replied, “is based on constitutional rights in Germany and thus not seeking prosecution, but measures by the German administration to stop the use of German territory for illegal actions by the U.S. in Yemen.” The central claim, he said, is that the U.S. air base at Ramstein is involved in drone operations, by transmitting data from and to drones through a satellite relay station as well as transatlantic fiber cables. The suit seeks to stop use of the air base’s air operations center for analysis of surveillance images sent by drones as part of combat drone missions.

How, I asked, does this differ from the recent indictment of a former CIA station chief in Pakistan?

“The Pakistani case,” Schüller said, “deals with drone strikes in the country where they take place in massive numbers and with high numbers of killed civilians. It’s about prosecuting individuals responsible for the strikes set up. Our suit concerns the preemptive protection of our clients that are living in an area with continuing drone operations as well as technical and targeting aspects in drone operations and state collaboration.”

In the United States it’s common for lawyers to claim that murder is legal if it’s part of a war, and to defer to the warmakers to tell them if something is part of a war or not; does it matter in your case whether the act was part of a war?

“It is important to prove that the U.S. practice in conducting drone strikes is illegal in several aspects. On the one hand, strikes in Yemen are conducted outside an armed conflict and thus infringe the right to life without any justification. In line with a legal opinion by the German Federal Prosecutor’s Office we don’t consider the U.S. to be in a global armed conflict against Al-Qaida and associate forces. Even if there would be the case of an armed conflict, the targeting practice by the U.S. is too broad and includes a large number of targets that do not fall under the category of legitimate military targets in an armed conflict. Attacks against those targets are thus illegal, even in armed conflict.”

Is Germany obliged by the European Parliament to end drone murders from its soil? (And does this apply to every EU member country?) And by the German Constitution?

“Politically, the European Parliament made a strong statement against the illegal and expanded use of drone strikes. All EU member states are also bound by laws, such as the European Convention of Human Rights, to respect and protect the right to life. A similar provision is part of the German constitution.”

Briefly what is the story of the victims in your case?

“On August 29, 2012, five rockets fired by U.S. drones struck the village of Khashamir in eastern Yemen. The extended family of our clients had gathered in the village to celebrate a wedding. Two members of the family were killed in the strike. Other family members were left with ongoing trauma. The family members killed were outspoken critics of AQAP and active in countering their influence in the region through speeches and social activities.”

What do you hope to prove?

“It’s about the use of German territory for illegal drone operations and the need for European governments to take a stronger legal and political position against the continuing US practice.”

What is the timing?

“The lawsuit has been filed in October 2014 with the administrative court in Cologne. In the end of May 2015 an oral hearing will take place. Further court session as well as rendering of a judgment are not foreseeable, as well as appeals procedures.”

What could result if you succeed?

“The result could be that the German government must take a stronger position towards the U.S. government to stop the use of the U.S. airbase in Ramstein for drone operations, including activities to rebuild the relay station or the air operations center.”

Any benefit for this movement that I just wrote about?

“In Europe, we need to form a transborder activists network addressing and opposing the use of European allies’ soil for drone operations. So the German case will definitely be of interest for Italy and other countries in Europe.”

What can people do to help?

“The ultimate political goal is to change the U.S. practice of drone strikes and to conduct them according to human rights standards. People must continue to put pressure on governments worldwide to take a clear position on the legal boundaries of drone strikes as well as the long-term consequences in international relations if such an illegal practice continues in many different places worldwide.”

Well let’s hope the ultimate goal is not murders by flying robots that meet “human rights standards” whatever in the world those might be! But let’s help advance this effort to hold the German government to a higher standard than the abysmal one modeled by the United States.

A key witness in court will be former U.S. drone pilot Brandon Bryant. If you know of any other drone pilots willing to speak about what they’ve done, please let me know.