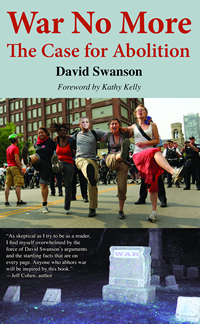 David Swanson will discuss and sign copies of his new book, War No More: The Case for Abolition.

Swanson’s books include When the World Outlawed War, named by Ralph Nader as one of the six books everyone should read; the best-selling classic War Is A Lie, and Daybreak: Undoing the Imperial Presidency and Forming a More Perfect Union, of which Glenn Greenwald said, “There have now been many books written which chronicle the imperial, lawless presidency of the Bush era, but Swanson’s superb new book is one of the very few to examine how we can recover from it and reverse its pernicious trends.” 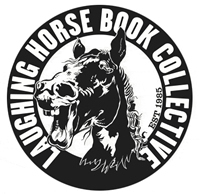 Swanson is the host of  Talk Nation Radio. He helped plan the nonviolent occupation of Freedom Plaza in Washington DC in 2011.  Swanson holds a master’s degree in philosophy from the University of Virginia. He has worked as a newspaper reporter and as a communications director, with jobs including press secretary for Dennis Kucinich’s 2004 presidential campaign. He blogs at DavidSwanson.org and WarIsACrime.org and works for RootsAction.org. Swanson is Secretary of Peace in the Green Shadow Cabinet.