Cuba and the Estados Unidos have been family for so long that relationships have been reversed, forgotten, turned inside out, and repeated. 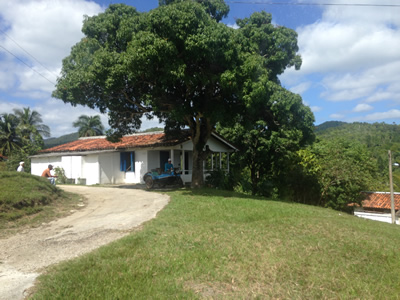 In the 19th century, the Cuban community in the United States and their supporters there were the base for revolutionary democracy and the ousting of Spanish colonial rule. Americanism and Protestantism and capitalism were seen as progressive democratic challenges to colonial control — and I mean by more than just the equivalent of Fox viewers. 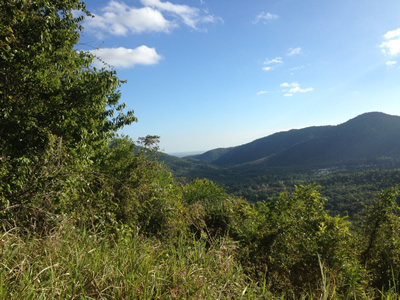 Of course that’s wildly different now. The United States is now willing to smack itself in the face repeatedly in hopes of occasionally landing a blow on Cuba. Here in the land of our Caribbean cousins it is commonly discussed that the United States is hurting its health, not just by eating crap food and denying people healthcare, but also by denying the U.S. people Cuban medical advances. There are 13 vaccines, the saying goes, for such things as meningitis, that Cuba has and the U.S. does not. Other medical advances are also part of this argument, including prominently a treatment of diabetes that saves people from amputations. There are also U.S. medical advances — in particular expensive equipment — that Cuba cannot have as long as the embargo rages on.

I remember Robin Williams telling Canada it was a nice friendly apartment over a meth lab. Unfortunately for Cuba it lives in the basement. The madness of its upstairs relatives is epitomized by the manner in which the militarism that lies at the root of the embargo directly impacts U.S. health. I mean beyond all the killing and injuries and pollution and environmental destruction, there’s something more grotesque. I picture mad naked Nazis in boots — and in the path of the hurricanes — on Plum Island who almost certainly gave us Lyme disease and spread the West Nile virus and the Dutch duck plague and others — all of them still spreading — as part of the same program that weaponized Anthrax and just possibly spread Ebola. 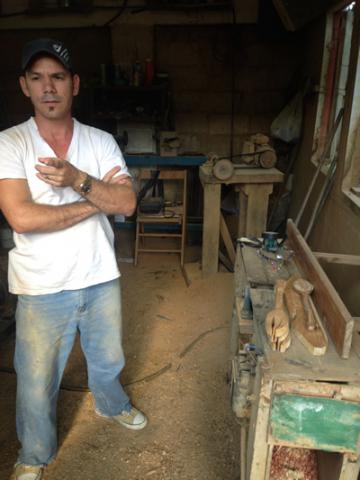 The ongoing U.S. bio-warfare program may have caused more damage through testing and accidents than by intention, but it has intentionally brought hunger and death to Cuba as it was designed to do, introducing swine fever to the island as well as tobacco mold, and creating “an epidemic of hemorrhagic dengue fever in 1981, during which some 340,000 people were infected and 116,000 hospitalized, this in a country which had never before experienced a single case of the disease. In the end, 158 people, including 101 children, died.”

Families will fight. The United States has behaved better at other times. In 1904, the U.S. signed, and in 1925 it ratified the returning of the Isle of Pine (now the Isle of Youth) to Cuba. The deep scar that deed left on the United States of America and the danger it placed all Americans in are of course ludicrous fantasies, and the same would be the case if the United States were to return Guantanamo to Cuba. Very few in the U.S. would even know about Guantanamo if it weren’t being used as a human experimentation, torture, and death camp for illegal prisoners. Both Guantanamo and the Isle of Youth were stolen during what Cuba calls the Cuban-American War and the U.S. calls the Spanish-American War. If one can be given back, why not the other? 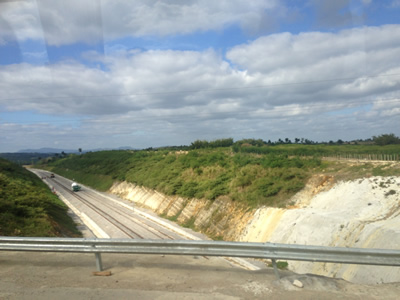 Cuba and the United States have been exchanging cultures and ideas and identities for so long that one cannot keep them straight. I’m delighted to have found Facebook and Twitter working in Cuba and to be able to get on the internet and see how handily the University of Virginia just beat N.C. State at basketball, but doing so with a live Cuban band jamming five feet away is a vast improvement. The live music and dancing at 10 in the morning, with rum drinks, that I have begun getting used to is arguably an improvement on quality of life that no quantity of home appliances or gated communities can match. I’d like to get my cell phone working but can’t spare the hours to wait in the line at the Cuban phone office. But let that come later, for better or worse, along with the U.S. investors and the rising waters crashing over the wall along the Malecon. 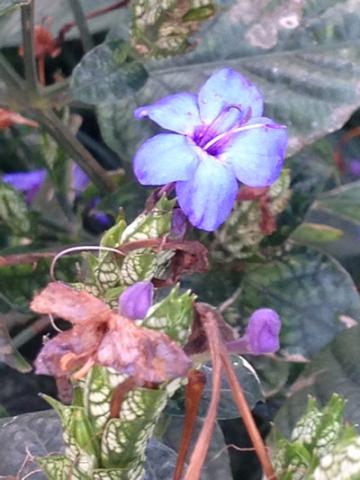 I’ve met a woman who says she had an idyllic childhood growing up on the U.S. base at Guantanamo, which she believes should not exist. I’ve petted the loose dogs in the streets of Havana, which bear no resemblance to the U.S. breed known as Havanese. 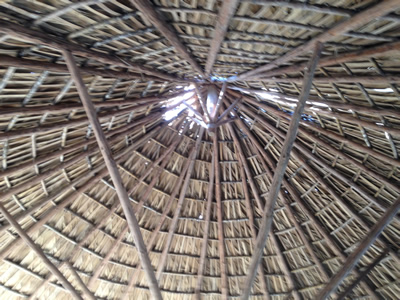 Filmmaker Gloria Rolando told us at her house tonight that the 1898 war and the U.S. control of Cuba increased existing racism. In 1908, as one of her films recounts, the Independent Party of Color was founded. In 1912 a massacre killed 3,000 blacks. Similar incidents were happening in the North at the same time, incidents that the U.S. is struggling to remember.

Rolando’s films tell a story of a Caribbean family, of people moving from island to island. In the 1920s and 1930s poor people in the pre-banking haven Cayman Islands came to work on the Isle of Pine. The complex history of immigrants moving to the United States and back, and to other islands and back, is a history of racial complexity as well. Cuba today has racial problems, Rolando says, but now it is possible to debate the topic, unlike 15 years ago. Some black people still favor light skin, she says, and very few blacks have family in Miami sending them money. “You have seen the ugly black dolls with cigars for sale to tourists,” she says, and I have. I have also seen more mixed-race couples and groups here than ever up north. 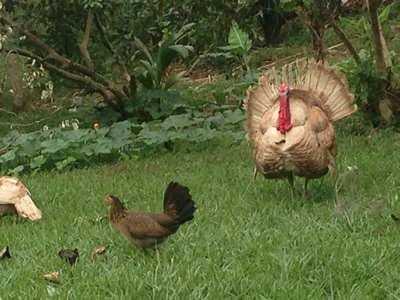 Assata Shakur is the topic of one of Rolando’s films, The Eyes of the Rainbow. In it, she remarks on Cubans’ unnerving friendliness, something she grew used to after moving here.

Earlier today we traveled out of Havana to Las Terrazas, a sustainable model community in a reforested area of the mountains that used to be a French coffee plantation. This ideal model for tourists and visitors only turned to tourism recently. The 1,000 people who live there, and the gourmet vegetarian restaurant where we dined there (El Romero with chef Tito Nuñez Gudas), and the incredible beauty of the place are not representative of all of Cuba; but they are indications of what is possible. 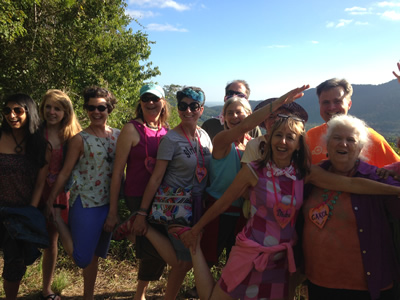 I picked up a bottle of honey made at Las Terrazas and packaged in a re-used rum bottle. I wanted to bring it home until I realized something. Honey is a liquid. On an airplane it would be a terrorist threat or a reason to spend $50 on checking a suitcase.

We looked at the stone cells people slept in under guard when forced to work on the coffee plantation under the system of slavery. They were about the size of the slave cabins at Thomas Jefferson’s house, a bit larger than the cages at Guantanamo. 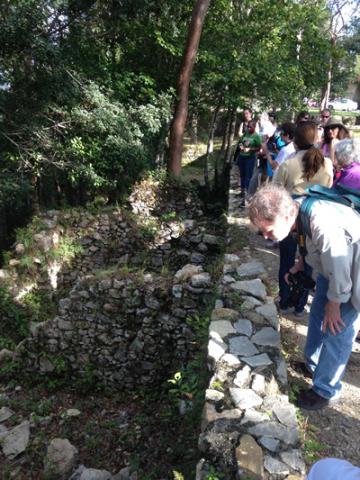